Cooku is an white and blue bus who lives in the countryside and Nana's childhood friend.

His only appearance was made in "Nana's Invitation", where Cooku was jealous and cross of Tayo and her friends, because every time/most of the time he loves to talking to Nana. But when Hana told him that Nana, Tayo and her friends and they’re going to see the fireflies, he was worried that they might get hurt by the Bear Trap. When Cooku invites Ractor & Champ to come to the rescue. After that Tayo was almost falling from the cliff. But thankfully Ractor pulls her up to safety, Cokku then tells Hana that he has a spare tyre on his back to put it on Tayo’s tire after Ractor pulls her up from the cliff. Later, Tayo and Cooku became friends. 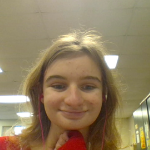